We all know that light is the crucial element in photography. Understanding how it behaves and the factors that influence it is mandatory.

For sunlight, we can distinguish the following light phases depending on the elevation of the sun: golden hour, blue hour, twilights, daytime and nighttime.

Starting time and duration of these light phases depend on the location you are. This is why it is so important to thoughtfully plan for a right timing when your travel abroad. Predicting them is compulsory in travel photography.

Also, by knowing when each phase occurs and its light conditions, you will be able to assess what type of photography will be most suitable for each moment.

"In almost all photography it’s the quality of light that makes or breaks the shot. For professional photographers, chasing the light, waiting for it, sometimes helping it, and finally capturing it is a constant preoccupation — and for some an obsession."

Wanna be a lighthunter? Let's start with the maths. The following list shows the different light phases depending on the elevation of the sun... Please don't panic, you can use PhotoPills to comfortably find out when each light phase occurs:

Twilights and magic hours happen in the morning and in the evening, but this doesn’t mean that the same conditions of light are repeated exactly. It will depend not only on the elevation of the sun, but also on weather conditions, pollution, particles in suspension, etc.

Twilights are the time intervals happening between night and day, before sunrise and after sunset. The sun is below the horizon, but its light is visible because it illuminates the upper layers of the atmosphere.

In more mathematical terms, we say that we are in twilight phase when the center of the sun is between -18° (18 degrees below the horizon) and 0° of elevation.

During civil twilight, there is still enough natural light to see and distinguish objects perfectly. Sky is very bright and the color of clouds can be red, orange and yellow to magenta and blue. Of course, it always depends on weather conditions and dust particles in suspension.

At the beginning of civil twilight, just after sunset, the colors of the sky change most rapidly. Clouds in the west are illuminated by orange-red sunlight, while the ones in the east remain in blue and indigo. Generally speaking, civil twilight lasts for about 20 to 30 minutes, depending on the season and latitude.

In the evening, at the end of the civil twilight, drivers begin to turn on the headlights, and street lights start illuminating our cities. The horizon is clearly defined and some stars like Sirius or bright planets like Venus start to be visible. The opposite happens in the morning, at the beginning of civil twilight, headlights and street lights are turned off and stars and planets fade.

What type of photography is recommended for this period of time? Due to diffused light and different shades of color in the sky, civil twilight is ideal for portrait and landscape photography. At the end of the twilight, urban and city photography is also a good option. The sky will have an intense blue color and the first street lights appear in the scene.

It’s also a good time for moon photography. During civil twilight, the landscape is illuminated by sunlight and the full moon is not too bright. Under these conditions, you’ll get the correct exposure for both, landscape and moon, with a single shot.

During nautical twilight, the sky begins to darken considerably, getting a dark blue hue, the horizon line can still be distinguished and many more stars are visible.

This period of time is ideal for urban and city photography. Taking advantage of the artificial lights of civilization can give you stunning results. Also, long exposure photography is an interesting choice. Dim sunlight allows you to shoot long exposures without the need of neutral density filters (ND). Due to diffused and soft light, landscape photography is also a good choice.

It's also possible to capture the full moon at the horizon, just when rising or setting. It's an interesting choice because, although you cannot get a correct exposure of the moon and the landscape in a single exposure, you can still create beautiful moon silhouettes.

During astronomical twilight sky becomes even darker. A large number of constellations become visible, although elements such as nebulae and galaxies are difficult to observe.

You can still do long exposure photography, both urban and landscape. And, of course, you can start doing night photography, always taking into account the moon phase, because during this period of time sunlight is replaced by moonlight.

During new moon days, the end of the astronomical twilight is particularly important. If you are lucky to live near an area without light pollution, you’ll be in total darkness. This is the ideal time to start photographing and observing all types of astronomical objects: planets, galaxies (like our own, the Milky Way), nebulae, etc.

Magic hours are a more diffuse concept than twilights because there is no mathematical definition. In fact, both, the golden and blue hour, overlap with civil twilight.

The blue hour and the golden hour are considered, especially by landscape photographers, the best moments to take pictures, because lighting is soft, diffused, and warm.

The golden hour is the period of time the color of the sky goes from red and orange to yellow or, as its name suggests, golden tones, having a warm color temperature. Lighting is soft, diffused and with little contrast, since the sun is low in the sky.

Due to the type of light that exists during this period of time, that doesn't produce strong shadows and harsh lighting, it's ideal for landscape photography.

In portrait photography, you can also put the sun behind your subject to get backlighting going on.This is really awesome during golden hour, as it creates that warm, glowy effect.

During the blue hour the sky has a deep blue hue with a cold color temperature and saturated colors. At the beginning (evening) and at the end (morning), a gradient of colors, from blue to orange, can be seen right in the place of sunset and sunrise.

In the cities, buildings are still lit and streetlights on, making it an ideal time for urban and city photography. It's also ideal for landscape photography because of the different shades of the sky and color saturation.

Because the blue hour occurs during civil twilight, it’ll be also a good time for moon photography.

The daytime is the period of time happening between morning and evening golden hours, when the center of the sun is above 6° of elevation.

It's possibly the worst time for photography, because of harsh lighting that produces high contrast between light and shadow. This, obviously, will always depend on weather conditions, because, on a cloudy day, you’ll have a diffuse light.

Location scouting is the solution. Spend these hours looking for new locations and points of interest. Brainstorm and plan. Then, make the most of the golden hour, the blue hour, the twilights and nighttime.

Is the period of time happening between evening and morning astronomical twilight, when the center of the sun is below -18° of elevation. There is total absence of sunlight. It's when moonlight comes into play.

New moon days are especially suited for night photography and in particular, to capture the Milky Way. Knowing when astronomical twilight ends is vital for this type of photography.

Great! I understand sunlight phases, but... when do they happen?

After learning the different sunlight phases depending on the elevation of the sun, an obvious question arises: how can I find out when each phase occurs? PhotoPills makes it easy.

Using the Planner, you can easily know the schedules of twilights (civil, nautical and astronomical), golden hour and blue hour for any date and location on the planet. It is an ideal way to prepare your photographic trips and escapes.

All photos in this article have been taken by Antoni Cladera, except Earth at Twilight – Astronomy Picture of the Day, 2003 April 24 owned by NASA. 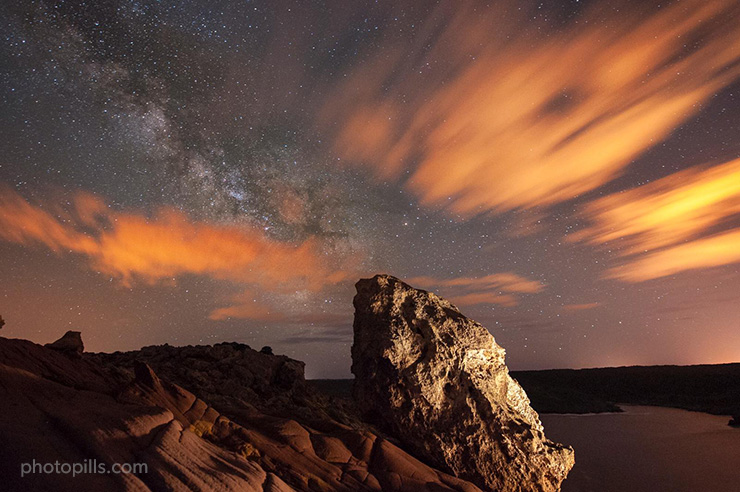 How To Plan the Milky Way Using The Augmented Reality

Learn how to use PhotoPills’ Night Augmented Reality to figure out the exact date and time the core of the Milky Way will be exactly where you want. 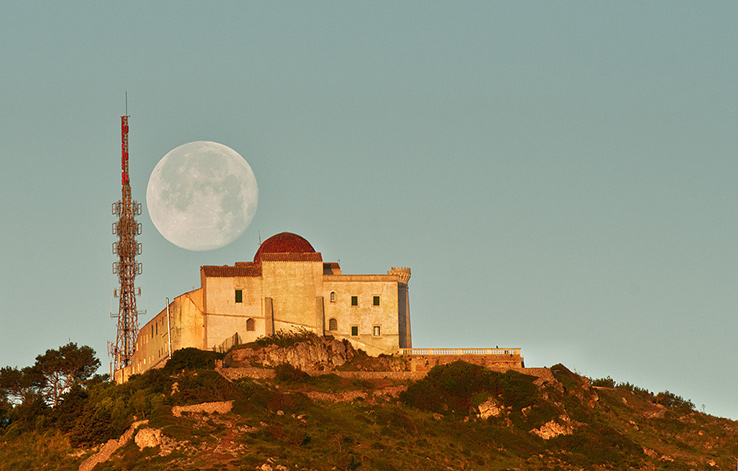 Mastering azimuth and elevation will allow you to use the Find tool of the Planner to plan any photo you imagine with sun and moon.