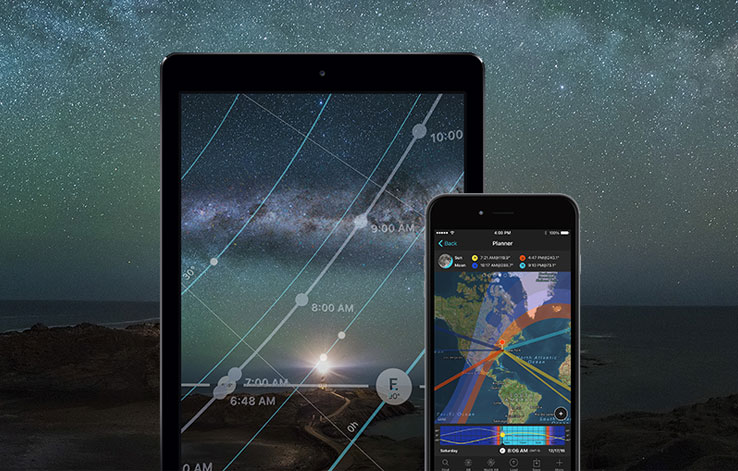 It was written by Angus Young, Malcolm Young and Bon Scott for the T.N.T. album in 1975, at the very beginning of their career.

The song tells how hard it is to become a rock star and how much effort you must invest to reach your goals. In the same way, PhotoPills 2.0 has also been a long long way for us but, after more than 8 months of work, we are delighted to shout:

Are you ready for Rock ‘n’ Roll?

We’ve always called PhotoPills 2.0 “the iPad version” but, in fact, it does not only take advantage of the larger screens of the iPad and iPhone 6 Plus or 6s Plus.

It also includes a completely new design and three widgets that give you instant access to all daily Sun, Moon and Milky Way information, in addition to your upcoming planned photos.

I don’t want you to call me “spoiler” for unveiling all the secrets now, but I can’t resist to show you a few improvements.

The iPad: PhotoPills was made for rocking on a larger screen

On the iPad, everything gets more visual. The larger screen allows you to have all the options visible, making everything easier.

The Planner, with a huge map, reaches a new level of usability. We believe that having both more options in the same screen and a larger map will help you plan your shots faster and more comfortably.

The landscape screen orientation is great for PhotoPillers who love having all the information and options in one single screen.

The Widgets: get all the information in just one swipe

PhotoPills’ widgets not only give you all the main Sun, Moon and Milky Way events for the current date, but also all the upcoming photo plans you’ve saved.

Therefore, to have a quick look at all the fresh daily information, you won’t even need to go to PhotoPills app. All you have to do is to enable the three PhotoPills’ widgets: PhotoPills (Sun and Moon), PhotoPills Night and PhotoPills Plans.

Enable the widgets by pulling down from the top of the screen. This will open the notification center. Then, tap the Edit button you see at the bottom of the Today view.

Tap the green “+” button next to each one of PhotoPills’ widgets to enable them. You can then touch the handles at the right side of the screen and drag them up or down to rearrange your list of widgets. Tap the red “–” button to remove a widget from the list.

You can access PhotoPills widgets from anywhere. It doesn’t matter whether you’re on the home screen, in an app, or on the lock screen. Just swipe down from the top of your screen and you’ll access the notification center.

What’s great about PhotoPills widgets is that they are battery-friendly. Widgets only run and refresh their data when you open the notification center. So, battery is only used when you’re looking at them.

The redesign affects the entire app. But, I’m not going to go through all the screens now. I just want to show you with great enthusiasm the new Sun and Moon pills. I truly believe that now it can be said that: “It is possible to have all daily Sun, Moon and Milky Way information in one single screen”.

The new Moon pill displays the main Moon information and also the light conditions at moonrise and moonset for the selected date. The Galactic Center visibility information has also been added, so you can easily find out whether the moon will be visible when shooting the Milky Way and the phase it’ll have.

The new Sun pill provides you with all light, Sun, Moon and Milky Way main events for the selected date in a direct and beautiful way.

We all hate the GPS button on the map. There is nothing more annoying than pressing it when planning a shot. It places the Observer’s pin right where you are, wasting all the planning... ouch!

This big mistake has been corrected by grouping all map buttons in one single button: the “+” button you see on the map”. It has the shape of an “x” when pressed.

The Future: it’s all about improving iOS and building the Android version

Our commitment is stronger than ever with you guys.

After this big update, a few more will follow for the iOS platform, including the iPhone-iPad sync.

Then, finally, we’ll start working on the Android version.

Android 1.0 is a big challenge for us, since it’s a completely different platform.

But you know us, we'll fight hard for our dreams: PhotoPillers never give up! 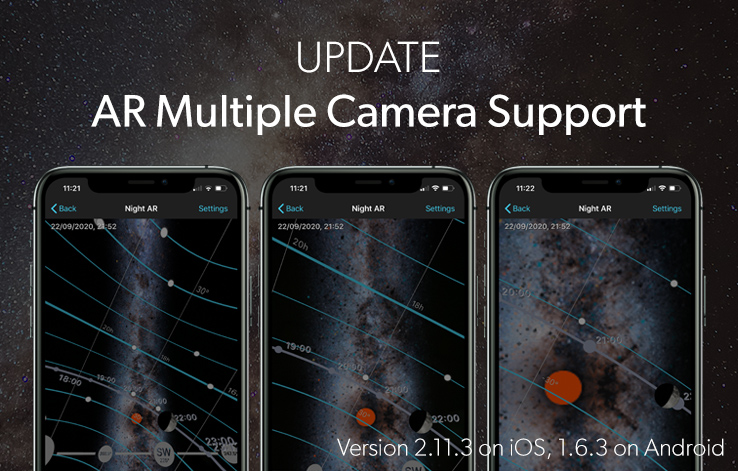 Update PhotoPills Now And Start Using the Wide Angle Lens of Your Smartphone in the Augmented Reality Views!

In this PhotoPills update, when using the Augmented Reality views, you’ll be able to choose the camera of your smartphone you want (focal length)... and much more! Keep reading :) 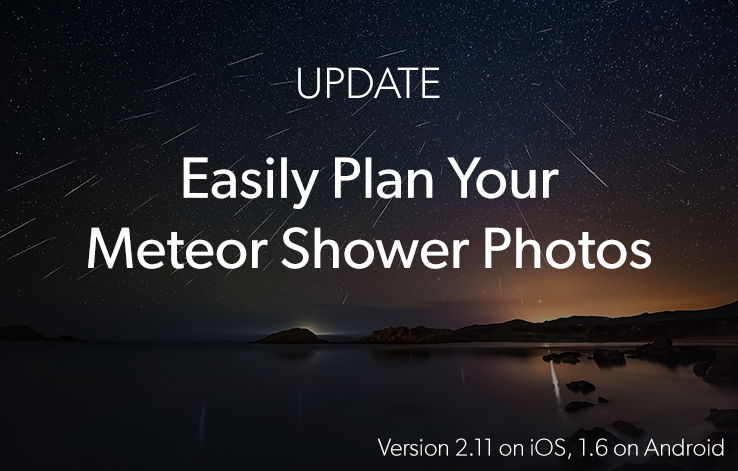 Update PhotoPills now! And use the new Meteor Shower Pill and the Planner’s new features to plan your Meteor Shower photo ideas like a pro :) 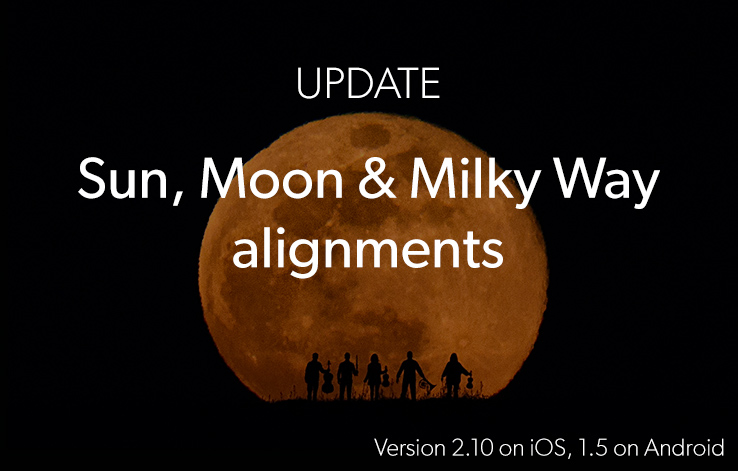 Update PhotoPills now! This update contains lots of improvements to make planning any Sun, Moon and Milky Way alignment above the terrain (or a building) super easy… And many more cool things!